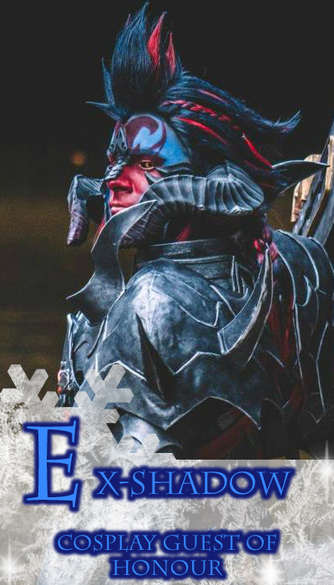 Kyle aka Ex-Shadow, has been cosplaying since 2004, and has attended dozens of conventions and events throughout the United States since he first started. To him, cosplay is an art; it is a way of breathing life into his favorite characters. His specialties are mascots, armor, and props, but he’s no stranger to sewing either. He always strives to improve his costuming skills, and he loves to pass on anything he learns along the way. He has won many awards for his costumes, judged costume contests at numerous events, and hosts costuming panels and workshops with his wife Malinda.