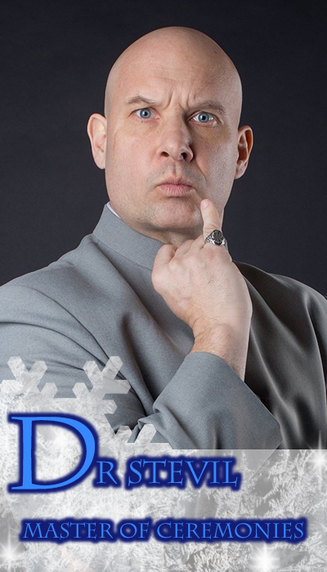 Dr Stevil is an entertainer, host and YouTube personality, inspired by Dr Evil from the Austin Powers movie franchise. The Doctor is best known for his channel, “Chatting With Stevil”, which features interviews with personalities such as cosplayers, comic book artists, writers, entertainment legends, and professional wrestlers. Dr Stevil puts a unique twist on his videos by adding a comedic element to his interviews along with his passion and excitement on the subject matter. As well as attending various conventions and expos in the Southern Ontario region, the Doctor works for several Indy wrestling organizations as a ring announcer and back stage reporter.

Dr Stevil is also an accomplished videographer, photographer and editor whose work has been featured on the Captain Canuck Animated Series DVD. The Bonus Features include his video chronicle of the project from start to finish. “The Doctor looks forward to meeting everyone at FrostCon 4. Feel free to say hello and chat with the Evil Doctor.”